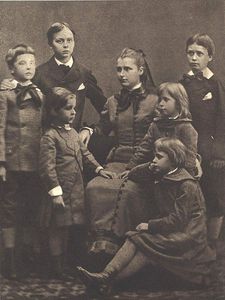 Long-term psychological sequelae of incest include depression, anxiety, psychiatric hospitalization, drug and alcohol use, suicidality, borderline personality disorder, somatization disorder, and eroticization (Schetky 1990; Silverman, Reinherz, and Giaconia 1996). Common, too, are learning difficulties, posttraumatic stress disorder, dissociative disorders and conversion reactions, running away, prostitution, re-victimization, poor parenting, and an increased likelihood of becoming a perpetrator. The frequency and severity of psychological sequelae secondary to sexual abuse has been related to frequency and duration of the abuse, relationship to the perpetrator, use of force, type of sexual abuse, penetration, age of the victim, age difference between victim and offender, and the parental support variable (Schetky 1990). Most incest victims experience confusion about their own reactions to the incest experience. It is this betrayal of innocence and resultant confusion, along with the loss of control and power over one's own behavior, that lead to the emotional and psychological impact on the victim. Victims often experience, both at the time of the incestuous act and later as adults, a sense of shame, a feeling of powerlessness, and a loss of their childhood.

Sibling incest is often thought to be the least harmful form. Although one of the key aspects of incest is the difference in power between the perpetrator and the victim, sexual behavior between two siblings of equal power, where touching, looking, and exploring are mutual decisions, can still pose problems for the participants and/or parents. What Diana Russell (1986) calls the myth of mutuality in relation to sibling incest may put the victim in a psychologically and physically vulnerable position. In her research with adult women, she found that 78 percent of her subjects who had had childhood sexual experiences reported that their sexual behavior with brothers was abusive. When the reported sexual behavior was with a sister, 50 percent of the female subjects experienced the behavior as abusive. Approximately one-half reported sibling incest as extremely upsetting, and another one-fourth as somewhat upsetting. The degree of coercion and the emotional harm in sibling incest may be more underestimated than incest in general.

The effects of sexual abuse on children and their later development into adulthood depend on at least five important factors: the age of the child, the duration of the abuse, the type of the abuse, the manner in which the child frames the abuse, and the ability of the child to heal. It is likely that there are important gender differences in how girls and boys make sense out of incest experiences. Girls tend to view the incest experience within the larger context of the child-adult relationship and are likely to be more concerned with the perpetrator's feelings and family stability. In contrast, a boy may focus more on his own sexual experience. All children, whether male or female, attempt to make sense of or to create an explanation for the incestuous relationship as a part of the healing process.

The ability of people to heal from a damaging experience is related to their ability to confront their own feelings of fear, terror, anger, rage, confusion, helplessness, and vulnerability. A common report of adult victims of childhood incest is a clear sense of removing oneself from the event. A sense that it was being done to someone else and/or a sense of leaving the body during the sexual contact are common reports. The danger is that denial becomes the preferred or most common behavior to deal with stress. Moving beyond denial to healing requires that the incest victims allow themselves to experience the feelings of confusion, rage, and helplessness.

To manipulate the victim, most incest perpetrators foster in the child a set of behaviors that help the child maintain the denial and self-deception needed to survive an ongoing incestuous relationship. The effects of this on the victim can be manifested in multiple ways, including fear of violence, sex, intimacy, and people of the same sex as the perpetrator. Confusion of gender identity, as well as uncontrolled sexual activity, may also result. There is often a need to care for and control others, at home, school, and work. Feelings of isolation, shame, and guilt, often not associated with any specific activity, help to foster a poor self-image, which may lead to suicidal behavior. There is also a tendency for victims of incest to suffer from other disorders, such as sleep disturbances, nightmares, depression, and eating disorders. Incestuous relationships are at a minimum a contributing factor to the above effects, and for countless victims, they are the primary contributor.

Part of the process of healing is the victim's awareness of the context within which he or she made choices. Often, in treatment, victims gain a sense of empowerment when they can begin to trace the development of the incestuous relationship over time. Typically, victims can account for a gradual increase in their ability to make choices and implement them. Victims have often stated that at a certain time, they were able to stop the incest perpetrator's manipulations with the threat of breaking secrecy.