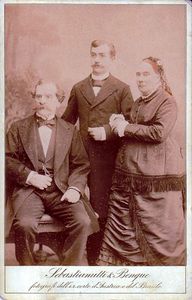 As in other southern European countries, in Italy, new family structures are coming into being more slowly and in a smaller measure than in northern European countries and North America. These new structures include such patterns as cohabitation, extramarital births, single parenthood, and one-person households. These countries are examples of the so-called Mediterranean model (Laslett 1983). At the same time, Italian families, as well as those of the other Mediterranean countries, have been experiencing important transformations both in dimensions and in the relationships among their members (Barbagli and Saraceno 1997).

Since 1970, Italy has witnessed great changes in family size, age at marriage, marriage stability, and birthrate (among the lowest, if not the lowest, in the world), although the pace of change has differed by region: family behaviours in north-central regions are more like those of western European countries than of southern Italian regions. People marry later and less frequently, have fewer children, divorce more often, and create new family models such as cohabitation, extramarital births, single parenthood, and one-person households.

Beyond the traditional differences between north and south are other relevant regional variations: The so-called Third Italy (Umbria, Marche, Abruzzo, Toscana, Emilia, Veneto, and Friuli) was characterized in the past by patrilocal residence and by multiple or extended family structures, while southern regions were characterized by neolocal independent residence and nuclear families, even if women married very young. The nuclear structure of southern families may be connected to the concentration of property in fiefs, and to the settling of peasants in rural towns. This is unlike Tuscany or Lombardy in the north, where peasants lived in "poderi" or "cascine" located in the fields. Both patterns were traditionally evident in northwestern regions, with nuclear families in the urban areas and extended families in the countryside. The situation changed in the last half of the twentieth century, as multiple and extended families steadily decreased all over the country. Regional differences remain, although they are less marked than before (Barbagli 2000).

Italian families maintain strong bonds over generations. Children, after leaving home to establish new families, maintain strong relationships with their parents. Usually they live very near to one of the two parental families, make daily telephone calls to their parents (mainly the mother), and visit them weekly. Their relationships with their parents typically display strong reciprocal support and exchanges, including childcare, care of the elderly and ill, help with economic troubles, loans, and advice. One of the main characteristics of Italian families is the strong intergenerational solidarity that allows Italians to overcome difficulties, find jobs, look after children, and ask for loans in situations in which the family network provides what, in other Western countries, is granted by public or private institutions. This sense of connectedness explains the great relevance that family as an institution assumes in Italian culture. To be a member of a family is what gives the individual a guarantee against any serious trouble in life, more so than being a member of any other group (C. E. R. 1999).