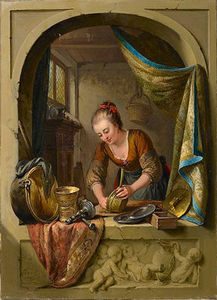 Evolutionary theories of gender development are grounded in genetic bases for differences between men and women. Functionalists (e.g., Shields 1975) propose that men and women have evolved differently to fulfill their different and complementary functions, which are necessary for survival. Similarly, sociobiologists (e.g., Buss 1995) suggest that behavioral differences between men and women stem from different sexual and reproductive strategies that have evolved to ensure that men and women are able to efficiently reproduce and effectively pass on their genes. These evolutionary-based theories share similarities with the essentialist and maximalist perspectives discussed previously.

In contrast, object-relations theorists focus on the effects of socialization on gender development. For example, Nancy Chodorow (1989) emphasizes the role of women as primary caregivers in the development of sex differences. Chodorow asserts that the early bond between mother and child affects boys and girls differently. Whereas boys must separate from their mothers to form their identities as males, girls do not have to endure this separation to define their identities as females. Chodorow (1989) explains that the devalued role of women is a product of the painful process men undergo to separate themselves from the female role.

Gender schema theory (Bem 1981) focuses on the role of cognitive organization in addition to socialization. This theory postulates that children learn how their cultures and/or societies define the roles of men and women and then internalize this knowledge as a gender schema, or unchallenged core belief. The gender schema is then used to organize subsequent experiences (Bem 1993). Children's perceptions of men and women are thus an interaction between their gender schemas and their experiences. Eventually, children will incorporate their own self-concepts into their gender schema and will assume the traits and behaviors that they deem suitable for their gender.

Alice Eagly (1987) offers yet another explanation of gender development that is based on socialization. Eagly's social role theory suggests that the sexual division of labor and societal expectations based on stereotypes produce gender roles. Eagly (1987) distinguishes between the communal and agentic dimensions of gender-stereotyped characteristics. The communal role is characterized by attributes, such as nurturance and emotional expressiveness, commonly associated with domestic activities, and thus, with women. The agentic role is characterized by attributes such as assertiveness and independence, commonly associated with public activities, and thus, with men. Behavior is strongly influenced by gender roles when cultures endorse gender stereotypes and form firm expectations based on those stereotypes (Eagly 1987).

As Eagly suggests, gender roles are closely linked with gender stereotypes. Stereotypes are "overgeneralized beliefs about people based on their membership in one of many social categories" (Anselmi and Law 1998, p. 195). Gender stereotypes vary on four dimensions: traits, role behaviors, physical characteristics, and occupations (Deaux and Lewis 1983). For example, whereas men are more likely to be perceived as aggressive and competitive, women are more likely to be viewed as passive and cooperative. Traditionally, men have been viewed as financial providers, whereas women have been viewed as caretakers. Physical characteristics and occupations have also been considered consistent or inconsistent with masculine or feminine roles.

Gender roles and stereotypes affect couple and family interaction. Often, for example, the division of household labor is based on gender. Traditionally, white women in heterosexual couples remained at home and completed most of the domestic labor, while their male partners worked outside the home to provide the family income. Although women have increasingly joined the workforce over the past thirty years, they continue to do the majority of the household labor. Lawrence Kurdek (1993) studied white, heterosexual, gay, and lesbian couples without children. He found that heterosexual and gay couples were more likely than lesbian couples to divide household labor so that one partner did the majority of the work. Lesbian couples were most likely to share domestic tasks or take turns doing the tasks (Kurdek 1993).

Gender roles often become more differentiated when men and women become parents. Overall, women provide more direct care for and spend more time with children (Walzer 2001). This care includes taking responsibility for the mental work of gathering and processing information about infant care, delegating the tasks related to infant care, and worrying about infant health and well-being. In sum, the unequal division of both household labor and childcare, with women doing the bulk of the work, is thought to contribute to the reported lower marital satisfaction for women (Walzer 2001).

Gender roles and stereotypes affect men and women in other ways. Specifically, men and women may be judged by how well they conform to traditional stereotypes. In his theory of masculine gender role strain, Joespech Pleck (1976) asserted that boys and men are pressured to fulfill a standard of masculinity. Boys and men, for example, who do not fulfill the standard often suffer from low self-worth (Pleck; Sonnenstein; and Ku1993). Other lifelong consequences befall men who experience traumatic socialization practices such as rites of passage that entail violence. Even men who successfully fulfill the standard of masculinity suffer psychologically or emotionally from rigid constraints on acceptable parenting roles for men (Pleck; Sonnonstein; and Ku 1993). Richard Lazur and Richard Majors (1995) contend that gender role strain is pronounced with men of color. Men of color must balance the dominant standards of masculinity with their cultures' standards of masculinity in an effort to fulfill both satisfactorily. In addition, men of color must overcome prejudice and other obstacles to fulfill the standards of masculinity. The result is increased gender role strain for men of color (Lazur and Majors 1995). Likewise, white women and women of color may be constrained by standards of femininity, such as the pressure to have children.

Gender stereotypes can also affect men's and women's performance. Stereotype threat is defined as "an individual's awareness that he or she may be judged by or may self-fulfill negative stereo-types about her or his gender or ethnic group" (Lips 2001, p. 33). Research indicates that stereo-type threat can negatively affect performance by increasing anxiety. For example, Steven Spencer, Claude Steele, and Diane Quinn (1999) found that women performed significantly worse than men on a math test when the participants were led to believe that the test would probably produce gender differences. In contrast, women and men performed equally well when the participants were led to believe that the test did not produce gender differences. These findings suggest that negative stereotypes can and do negatively affect performance even when the stereotype has not been internalized or incorporated into the view of the self.