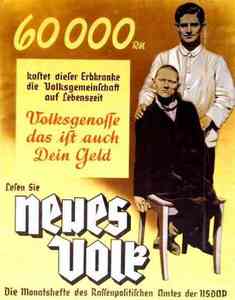 The passage from life to death should be serene and dignified, not an agonizing ordeal. This conception of eu (good) thanasia (death) is expressed in the term itself as it comes from Greek antiquity. A serene death might be achieved through skilled and compassionate care, as well as by the dying person's own sense of having lived a righteous life. There were circumstances, however, in which hastening the end of a life seemed the only apparent way to relieve suffering. A fatally injured or wounded individual might implore another person to put an end to the suffering. Mercy killing, as it became known, occurred on battlefields throughout the world. Animals with painful and fatal injuries would also be released from their suffering.

The root conception of euthanasia has divided itself into two branches. Prevention and reduction of suffering is the primary mission of the hospice or palliative care movement (Saunders 1997). State of the art medication, skilled nursing care, and family support enhance the possibilities of maintaining a meaningful quality of life until the end. The other branch advocates the principle and practice of avoiding suffering by foreshortening life. Health care professionals, ethicists, clergy, and the general public are all faced with the question of what guidelines should be used in attempting to help people to end their lives without pain and other distressing symptoms. Should people rely upon palliative care—and only palliative care—in every instance? Or is it acceptable—even obligatory—to terminate a life to prevent further suffering?

Objective discussion of euthanasia has become increasingly difficult since this term became associated with state-sponsored mass murder in Nazi Germany. Robert J. Lifton (1986) documents in The Nazi Doctors how these doctors took the lives of thousands of their fellow citizens on orders from the government. These unfortunates were institutional residents who required shelter and care but were neither terminally ill nor in pain. They were "useless eaters" whose murder was thinly disguised as euthanasia. The fact that this program could be carried out without effective protest became a stepping stone for the subsequent slaughter of Jews and Romi (Gypsies) in the Holocaust.

This cynical abuse of the euthanasia concept was itself encouraged by two previous movements (Pernick 1996). Eugenics had as its mission the weeding out of "inferior" genetic stock from the population in order to upgrade society with the finest human specimen. Sterilization of people deemed to have undesirable characteristics was to be the major tool, but other possibilities were also being considered. In the United States one of these other possibilities gained some influential advocacy: infants born with impairments should be allowed to perish or perhaps be "mercifully" put to death immediately. The Black Stork movement did not succeed in its aims, but raised enough clamor to attract the attention of people who would later become active in the Nazi movement.

Awareness of the Nazi mass murders has made many people wary of any movement that speaks favorably of euthanasia. It has generated the slippery slope argument: Permitting any action to end a person's life in any situation might lead to many more deaths. People who give high priority to the slippery slope argument often are sympathetic to the plight of a particular person who is suffering greatly. They might assent to some form of euthanasia in this instance, but fear that such a precedent would make it easier to end the life of somebody whose condition is less serious, and so on until one has slipped way down the slope. Proponents believe that adequate safeguards through legislation, regulation, and due process can limit euthanasia to the situations in which it is most appropriate.

One of the most controversial issues centers on the use of active versus passive euthanasia. Active euthanasia occurs when something is done with the specific intention of ending a person's life, such as injecting a lethal medication. Passive euthanasia occurs when interventions that might prolong life are withheld, such as deciding against connecting a dying person to a life support. This distinction, though, is not always so straightforward. Is "pulling the plug" a form of active or passive euthanasia? It might be considered active because it requires an intentional action to turn off life support services. However, the weight of opinion now considers withdrawal of interventions to be a passive form of euthanasia: one stops doing something.

Support has not come easily for even the more limited forms of euthanasia: withholding or withdrawing life support interventions. The living will was introduced in 1968 as a document expressing an individual's wish to avoid "artificial means and heroic measures" at the end of life (Scofield 1989). This document did not have the force of law, depending instead on the willingness of physicians to accept the patient's request. The landmark case of Karen Ann Quinlan in 1975 aroused enormous public and professional controversy in addition to the personal distress experienced by her parents (Kastenbaum 2001). The young woman lapsed into a coma after a party and never recovered consciousness. Physicians believed she would die if taken off the ventilator. Courts first ruled against and then in favor of the request to withdraw this intervention. To the astonishment of many, Quinlan lived another ten years, though without showing any signs of mental life. Courts have since made a variety of rulings with the overall effect of accepting withdrawing of treatment under specified circumstances. The significant principle of informed consent has also received support: a mentally competent person has the right to reject proposed treatments. Advance directives—more flexible and refined versions of the living will—now provide individuals with an improved opportunity to state their preferences for end-of-life care, thereby reducing the burden of decision making on the part of others (King 1996). Furthermore, most state legislatures have passed natural death acts that affirm a person's right to avoid the prolongation of suffering or a persistent vegetative state.

Very much still gripped by controversy is the proposition that society should honor "death on demand" (Baird and Rosenbaum 1989; Cohen 1988; Gomez 1991; Kevorkian 1991; Scherer and Simon 1999; Singer 1996). Should physicians be permitted—or even required—to end a terminally ill and suffering person's life by lethal injection or similar means? Proponents argue that the individual has the right to die as well as the right to live. Society fails dying people, consigning them to agony and despair. It is time to shake off outmoded tradition and provide a quick and merciful ending for those in terminal torment.

Opponents muster arguments from a variety of perspectives. "Thou shalt not kill" and "Man should not play God" are objections that are based on religious faith. "Doctors should not kill" expresses the view that the physician's reputation and role would be compromised by also becoming an agent of death. The prohibition against doctors providing lethal medicines is traced back to the Hippocratic Oath (fifth century B.C.E.), but in reality physicians have been divided on this subject since antiquity, and the Oath itself does not command as much power in the medical community as one might suppose (Edelstein 1943; Kevorkian 1991). Another objection has already been noted: the slippery slope is sure to become even more treacherous if physician-assisted death is countenanced. For every death that occurs after due process, many others will take place on whim and impulse.

Perhaps the most formidable criticism comes from people who are familiar with hospice care. Jack Kevorkian, M.D., the most conspicuous advocate and practitioner of physician-assisted death in the United States, has been charged with ignorance both of palliative care measures, depression, and family dynamics (Kaplan 2000). According to these criticisms, Kevorkian has performed and encouraged medical homicides on people who (1) could have found relief through competent management of their symptoms, (2) needed treatment for depression, and (3) were not terminally ill in the first place. Studies reported by Kalman J. Kaplan and his colleagues provide some support for these charges. After being associated with more than a hundred deaths, Kevorkian was found guilty and jailed on charges of second degree murder.

The world continues to observe, wonder, and dispute about the legalization of euthanasia in the Netherlands. The issue became salient in 1973 when a doctor obeyed her dying mother's request to end her life. Eventually the Dutch Supreme Court made a ruling that has remained confusing to those not familiar with that nation's justice system. Euthanasia was illegal, but it was also acceptable—if it involves a competent person who has had full access to information and an adequate time to decide, and is in a situation of intolerable and hopeless suffering without any acceptable alternative remaining. The physician must also consult another independent doctor with experience in end-of-life care. Over the years doctors practicing euthanasia in the Netherlands have either followed these guidelines conscientiously, or found ways around the guidelines whenever it suited the physician's interests—depending on whose version of the events and which study one cares to believe. The legal side of the issue was clarified when the Dutch parliament passed and the Senate confirmed a pro-euthanasia legislative act (April 11, 2001).

Other nations are also struggling with the euthanasia decision. Australia's Northern Territory, for example, approved physician-assisted suicide for the terminally ill, but it proved difficult to find doctors willing to perform this act, and the measure itself was subsequently overturned at the national level. A voter-approved bill is on the books in Oregon, but the future of legalized physician-assisted death in the United States, as in most other nations, remains an open question.

Cohen, Cynthia B. (1988). Casebook on the Termination of Life-Sustaining Treatment and the Care of the Dying. Bloomington: Indiana University Press.