Effects Of Substance Abuse On Families 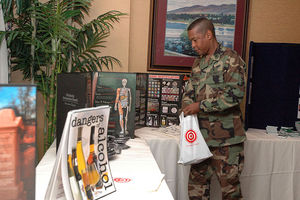 The effects of substances on couple and family relationships are both direct and indirect—and substantial. Due to limitations of the research designs, many findings are correlational and not causal. Thus, although many effects are associated with substance use, it is sometimes unclear whether the substance use is the cause or the effect.

Financial effects on families. Substance abuse by family members can have a substantial negative effect on the financial viability of caregivers. Substance-abusing caregivers may spend money allocated for food or clothing for children. Substance abusers may divert money from rent or mortgages to buy substances. Noncustodial parents who abuse alcohol are less likely to provide financial support for their children (Dion et al. 1997). In Yemen and Somalia, users may spend as much on khat (a type of stimulant) as they spend on food (Abdul Ghani et al. 1987). Additionally, families are often unwitting accomplices to their relative's substance abuse as the substance use is often financed by immediate family members (Gearon et al. 2001).

Fetal exposure to alcohol and other drugs. There is considerable evidence for the effects of maternal substance use on the development of the fetus. Specifically, childhood developmental problems have been associated with maternal substance use. For example, prenatal alcohol exposure can lead to mental retardation, behavioral and neurological problems that may lead to poor academic performance, and legal and employment problems in youth and adulthood (National Institute on Alcohol Abuse and Alcoholism 2000). However, researchers do not know how much alcohol produces adverse fetal consequences. Thus, experts recommend that pregnant women should not consume alcohol (National Institute on Alcohol Abuse and Alcoholism 2000).

Early family environment. In addition to the direct effects of substances on the unborn child, the early social environment of children with substance-abusing parents adds potential risks. A high percentage of children in contact with the child welfare system have substance-abusing parents ( Jones-Harden 1998). Reviews have consistently documented the association between parental substance abuse and poor parenting skills ( Jones-Harden 1998). The type of child maltreatment often associated with these cases includes physical, medical, and emotional neglect (Hawley et al. 1995; Jones-Harden 1998). Research in Israel documented the ill effects of severe environmental deprivation when both parents are heroin-addicted and noted that the early home environment has a greater influence than in-utero exposure on developmental outcomes, as long as there is no significant neurological damage (Ornoy et al. 1996). Other research has found that a positive postnatal caregiving environment can attenuate some of the negative effects of prenatal exposure to substances ( Jones-Harden 1998; McNichol and Tash 2001).

Child and adolescent problems. Children with family histories of substance abuse differ from children without such histories in higher levels of aggression, delinquency, sensation-seeking, hyperactivity, impulsivity, negative affectivity (Dore et al. Children born to alcoholic mothers may have fetal alcohol syndrome (FAS), a condition marked by facial abnormalities and problems with growth and development. Expecting mothers are advised to avoid alcohol entirely during pregnancy. Here, a young adopted boy with fetal alcohol syndrome sits with his disabled father. 1996; Giancola and Parker 2001), anxiety, and lower levels of differentiation of self (Maynard 1997). Family history of alcohol dependence, through a moderating influence of adolescent drug dependence, has predicted poor adolescent neuropsychological functioning (i.e., language and attention functioning) (Tapert and Brown 2000). On the other hand, youth without family histories of alcohol dependence seemed to be protected from poorer neuropsychological functioning (Tapert and Brown 2000).


Relational distress, partner and family violence. A nationwide study of married and cohabiting couples found that partners tend to share similar drinking patterns and when there are differences in the amounts of alcohol consumed, couples tend to have serious relationship problems including alcohol-related arguments and physical violence (Leadley, Clark, and Caetano 2000). Alcohol frequently plays a role in intimate partner violence. National surveys in the United States have reported that 30 to 40 percent of men and 27 to 34 percent of women who perpetrated partner violence were drinking at the time (Caetano, Schafer, and Cunradi 2001). The study also revealed that alcohol-related problems were related to partner violence among African Americans and whites, but not among Hispanics/Latinos.

In sum, there appear to be substantial effects of substance abuse on family and couple relationships. The next section reviews the evidence for factors that contribute to or protect from the risk for substance abuse.