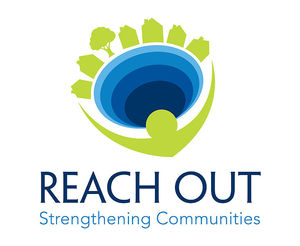 When anthropologists discuss family structures, they consider normative patterns. That is, they consider ideal households—or at least widely respected households—in terms of membership. Societies that idealize households with one adult man and woman plus their offspring, nuclear family societies, can be contrasted with those in which one man lives with several women and their children (called polygynous) or several men live with one woman and their children (called polyandrous).

Nuclear families and single-parent households. Increasingly, among contemporary industrial societies, a nuclear family structure has been idealized. Conversely, deviations from this structure have been blamed for a variety of social problems, including delinquency. Although both the popular press and participants in the legal system blame broken homes for failures to socialize children as willing participants in an ordered social system, this conclusion goes well beyond the facts.

Claims that single-parent households produce delinquents fit well with several theories. Some assume that children learn how to become adults by association with parents of their own sex. Boys reared without a resident father, according to this assumption, would be deprived of the association necessary for appropriate maturation. As a result, children are said to overreact by asserting masculinity through delinquent behavior. This opinion has been buttressed by reports suggesting that typical delinquents lack the guidance of a father.

The conviction that lack of paternal guidance causes delinquency dominated early research in the field. High rates of broken homes among incarcerated youths were taken as evidence supporting this assumption. In the 1920s, for example, boys in New York State reformatories were shown to be twice as likely to come from broken homes as boys in New York City public schools. Studies in London, Chicago, rural California, and Boston followed. These, too, showed that broken homes were more common among incarcerated delinquents than among unselected populations. In 1965, convinced that broken homes cause crime, Daniel Moynihan suggested that crime could be reduced by altering family structure among African Americans. Despite the publicity given to the Moynihan Report, however, research has not shown a causal connection.

If poverty causes crime and the incidence of broken homes is greater among the poor, then broken homes might be incorrectly blamed for causing crime. In addition, official records for delinquency may inflate a connection because they reflect decisions by authorities regarding how to treat delinquents. When deciding what to do with a delinquent, representatives of the criminal justice system who believe that broken homes cause crime are more likely to place those from single-parent families in institutions.

Untangling the complexities. Several studies that went beyond comparing the incidence of broken homes among criminals with the incidence in the general population failed to show a link between broken homes and delinquency. For example, among blacks in St. Louis, boys from broken homes were not more likely to become delinquent than those from two-parent homes (Robins and Hill 1966). Careful analyses of juvenile court cases in the United States during 1969 showed that economic conditions rather than family composition influenced children's delinquency (Chilton and Markle 1972). In studies of London schoolboys and of American school children of both sexes, within social class, delinquency was not more prevalent among children from single-parent homes.

Children in single-parent families are likely to have been exposed to such crime-promoting influences as parental conflict and alcoholism. To detect effects on sons' criminality, one study divided both broken and united families according to whether or not the father was an alcoholic or a criminal (McCord 1982). The study showed that alcoholic or criminal fathers were more likely to have sons convicted of serious crimes, whether or not the father was present. There was no association between criminal behavior and single-parent families, regardless of whether the sons had alcoholic or criminal fathers.

Single parents often find it hard to get assistance. If they must work to support themselves and their families, they are likely to have difficulty providing supervision for their children. Poor supervision, like alcoholism and criminality, seems to generate delinquency.

Careful study of the impact of differences in household composition shows that in homes that lack fathers, grandmothers and other adult relatives are protective against delinquency. This evidence further undermines theories that rely on same-sex adults as explanation for successful socialization in families.

Knowledgeable observers have concluded that the evidence fails to support a conclusion that single-parent families cause crime. Asking whether broken homes are good or bad is misleading; the answer must depend in part on the available alternatives. Family conflict is particularly likely to promote criminal behavior, and the choice to divorce must typically be made by parents who do not get along. Convincingly, David Farrington found that among boys who had not been previously aggressive, marital disharmony of parents when the boys were fourteen predicted subsequent aggressive behavior. Furthermore, effects of living with a single parent vary in relation to the emotional and economic climate in the home. Indeed, in their longitudinal study of family disruption among London boys, Heather Juby and David Farrington (2001) found that those who stayed with their mothers following disruption had delinquency rates that were almost identical to those reared in intact families with low conflict. And in their study of inner-city minority youths living in Chicago, Deborah Gorman-Smith, Patrick Tolan, and David Henry (1999) showed that single-parent status had little impact on delinquency.


Family interaction. Whatever characteristics individuals may have inherited, resulting personalities and behavior are influenced by the social environments in which they are raised. Genetic transmission does not occur without environmental influences. Perhaps the best grounds for believing that family interaction influences conduct comes from those programs that alter parental management techniques and thereby benefit siblings. Consistent and reasonable guidance forms the foundation for such programs.

Social control theory postulates that bonds between parents and children provide a basis for children to give up their immediate pleasures in exchange for receiving distal rewards attached to socialized behavior. Consistent discipline and supervision add social control to the internalized bonds on the route toward forming well-socialized adolescents. The theory gains support from a series of studies showing absence of parental affection to be linked with delinquency. Furthermore, reductions in delinquency between the ages of fifteen and seventeen years appear to be related to friendly interaction between teenagers and their parents, a reduction that seems to promote school attachment and stronger family ties (Liska and Reed 1985).

Warm family relationships appear to reduce the risk of delinquency in a variety of cultures other than those found in the United States. For example, Danish adolescents having warm family interactions were less likely to shoplift or commit vandalism than their peers (Arnett; Jeffrey; and Balle-Jensen 1993). In the Netherlands, adolescents between the ages of fourteen and twenty-one who had positive relations with their mothers were considerably less likely to have been engaged in delinquent behavior than those who had negative relationships (Terlouw and Junger-Tas 1992). Similarly, the likelihood that Colombian adolescents would engage in delinquency was reduced by close bonds with parents (Brook; Brook; De La Rosa; Whiteman; and Montoya 1999). In Japan (Harada 1995) and in Sweden (Martens 1992), close emotional ties within the family also appeared to reduce the likelihood that children would become delinquents.

Parental rejection may affect the ways in which children regard both themselves and others. Parents who fail to provide consistent guidance deprive their children of opportunities to gain approval by choosing to behave in accordance with parental rules. If parents treat their offspring with disdain, the offspring are likely to regard themselves as unworthy of care and may come to believe that the way they are treated is how they should treat others.

Whether family rejection or neglect affects tendencies toward delinquency through failures in attachment or through role concepts may appear to be merely an interesting academic debate. Yet designs for intervention strategies have depended on these theories in order to decide what approaches to take.

Prevention programs that successfully develop bonds between counselors and youths have failed to prevent delinquency, as have some carefully designed programs aimed toward building self-esteem. The Cambridge-Somerville Youth Study successfully established close bonds between young boys and counselors over a period of several years. Nevertheless, boys who formed such bonds were not less likely to become delinquents than matched boys who were not assigned to program counselors.

One of many programs aimed at improving self-esteem identified aggressive boys in sixth grade and provided a randomly selected group of the vulnerable children with special classes in remedial reading and lessons that provided models for behavior the next school year. Although the boys in these special classes reported that the program had been helpful, neither school nor police records supported a judgment that the program had reduced delinquency (Reckless and Dinitz 1972). Similarly discouraging results come from attempts to build self-confidence among adjudicated delinquents between the ages of fifteen and seventeen (Empey and Erickson 1972) and students in public schools (Gottfredson 1987).

Programs that help parents become adequate guides for their children seem to be more effective when begun before kindergarten (Weikart and Schweinhart 1992), and changes in self-esteem appear more likely to reduce aggressive behavior when begun in primary grades (Tremblay et al. 1992). Once personalities have become fairly stable, the evidence suggests, intervention programs may be ineffective if they rely either on attempts to establish internal bonds or to increase self-esteem.

In sum, parental affection and reasonable parental control have been shown to promote socialized behavior. Yet when children fail to receive these early in their lives, substitutions have typically been ineffective. Of course temperamental, physical, and intellectual differences sometimes influence parenting. Therefore, children's characteristics may affect the relationship between early parenting and later child problems. Parents who are themselves aggressive and antisocial are the most likely to use harsh punishments and to have children who are at heightened risk for aggressive, antisocial behavior.

When children misbehave, parents (or their substitutes) are the first line of control. How they discipline can influence not only immediate behavior, but also their future influence on the child's values. Several longitudinal studies investigating effects of punishment on aggressive behavior have shown that punishments are more likely to result in defiance than compliance.

One study identified toddlers one month after they had started walking unassisted and studied them again a month later. The sample, drawn from Lamaze classes, was middle class, with mothers at home. Among them, "Infants of physically punishing mothers showed the lowest levels of compliance and were most likely to manipulate breakable objects during the observations" (Power and Chapieski 1986, p. 273). Six months later, those who had been physically punished showed slower development as measured by the Bayley mental test scores.

In an investigation of two-year-olds, mothers described their techniques for discipline and various features about family life. Their infants were asked to respond to directions in the laboratory. The same mother-child pairs were studied one month later in their homes during meal preparation and mealtime. After controlling other types of maternal behavior, the observers' ratings indicated that negative control was related to defiance in both settings (Crockenberg and Litman 1990).

Similarly, spanking seems counterproductive for children preparing to enter school. Parents in three cities reported on family disciplinary practices over the prior year as they registered their children for kindergarten. The children were subsequently observed in their classrooms. Children spanked by their mothers or fathers displayed more angry, reactive aggression in the kindergarten classrooms than did those who did not receive physical punishments (Strassberg et al. 1994).

Taking into account the wide variety of studies on the use of physical punishments, the American Academy of Pediatrics together with the Albert Einstein College of Medicine/Montefiore Medical Center Division of Adolescent Medicine held a conference in 1996 to decide on policy. After two days of debates and consideration of a variety of studies, the conference attendees who had been selected to incorporate widely disparate points of view endorsed the following: "Currently available data indicate that corporal punishment, as previously defined, when compared with other methods of punishment, of older children and adolescents is not effective and is associated with increased risk for dysfunction and aggression later in life."